Last weekend I visited a Dia de los Muertos festival in Nashville, Tennessee which is a festival developed mostly in Mexico but is celebrated in many countries. Dia de los Muertos (“Day of the Dead”) corresponds with All Saints’ Day, and ofrendas (“offerings”) are constructed in altars designed to show the dead that they are not forgotten. Photographs of those who have died are included and often there are mementos and special foods that recall the preferences of the loved ones who have died. (The ofrendes at the festival were constructed by various schools and other organizations in the area.)

The ofrende pictured above was made with colored rice and depicts the monarch butterly which is also associated with Dia de los Muertos.  The monarch arrives back in Mexico on and around November 1 having flown from all over the continent where it has feasted on milkweed in places like NUMC’s side garden!

We do not just remember people once every year, of course. Our loved ones who have died are with us daily. But whether we remember with candles on All Saints’ Day or an altar for Dia de los Muertos, the yearly observance is a beautiful opportunity to tell stories, to celebrate the amazing people who have helped to make us who we are and to honor the lives that they lived.

This Sunday we’ll celebrate All Saints’ Day lighting candles, tolling the bell and giving thanks for those who have died this past year and in every year. 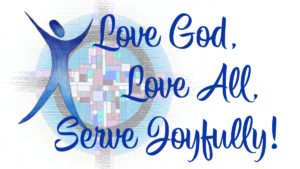 A Snow Day! Check out these creative ways...

How did we get the Bible? What does it mean when... 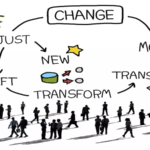